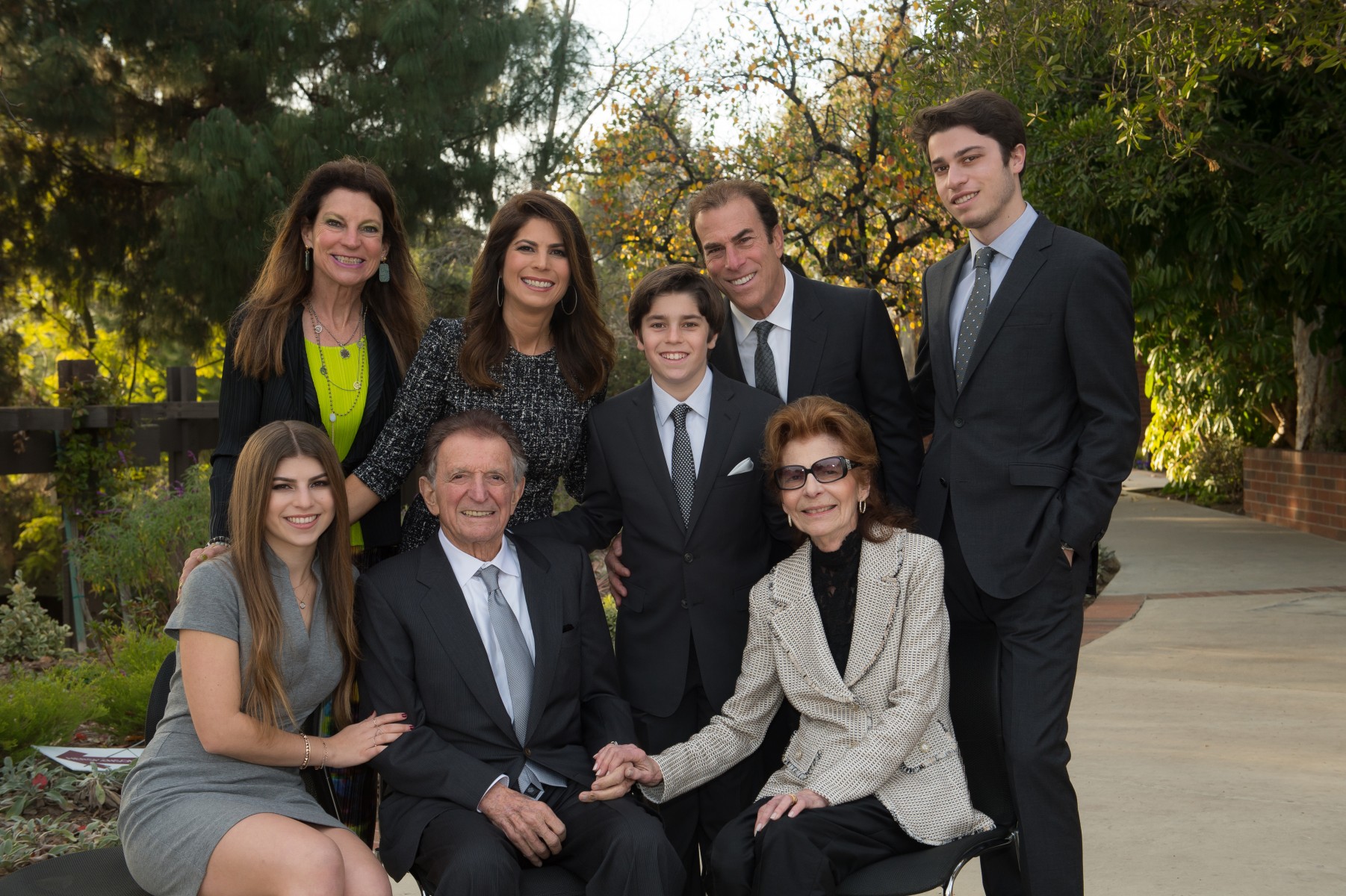 The center, to be established within the Cedars-Sinai Department of Neurology, will recruit physician-scientists to develop new patient-care therapies that address the challenges of the rapidly growing population of patients with Alzheimer's disease and other memory disorders. The Goldrich family has committed to giving an additional $5 million in matching donations, potentially doubling the funds for the center to $20 million.

"This generous and transformative gift from the Goldrich family is an enduring testament to Jona's life," said Thomas M. Priselac, president and CEO of Cedars-Sinai. "The Jona Goldrich Center for Alzheimer's and Memory Disorders will position Cedars-Sinai as a leader in the Los Angeles community and beyond in treating the devastating effects of Alzheimer's disease and other memory disorders."

Alzheimer's disease is the leading cause of dementia, which is characterized by loss of memory and decline in cognitive function. According to the Centers for Disease Control and Prevention, the number of Americans living with Alzheimer's disease is projected to triple to nearly 14 million by 2060.

The family was inspired to make the gift by a desire to make a difference in the fight against the debilitating effects Alzheimer's disease inflicts on patients and their families.

"We want families to have options for the treatment and prevention of the devasting symptoms of Alzheimer's and memory disorders," said Melinda Goldrich.

"Honoring our father's memory by establishing the Jona Goldrich Center for Alzheimer's and Memory Disorders is our commitment to eradicating these diseases," said Andrea Goldrich Cayton.

Jona Goldrich was born in Poland in 1927. He and his brother Avram escaped Nazi-occupied territory and moved to Palestine in 1942. Goldrich completed his education and fought in the 1948 war that created the state of Israel. In 1954, Goldrich immigrated to the U.S. and started a construction cleanup business. His acumen led him to early success, giving him the opportunity to build his first apartment building in North Hollywood just two years later. Goldrich went on to build a national real estate empire centered in Los Angeles.

Goldrich was active as a Jewish philanthropic leader in the Los Angeles community. In 1987, he created the Goldrich Family Foundation to continue efforts to cure diseases, support schools and universities, promote social justice, and further Holocaust awareness and remembrance.

Melinda and Andrea, through their family foundation, have made their gift to the Department of Neurology as a legacy to their beloved father. The entire family—wife Doretta, son-in-law Barry Cayton, and grandchildren Garrett, Lindsay and Derek Cayton—proudly embrace Goldrich's philanthropic mission.

Read more on the Cedars-Sinai blog: Study: Eyes Could Be Window to Early Alzheimer’s Detection