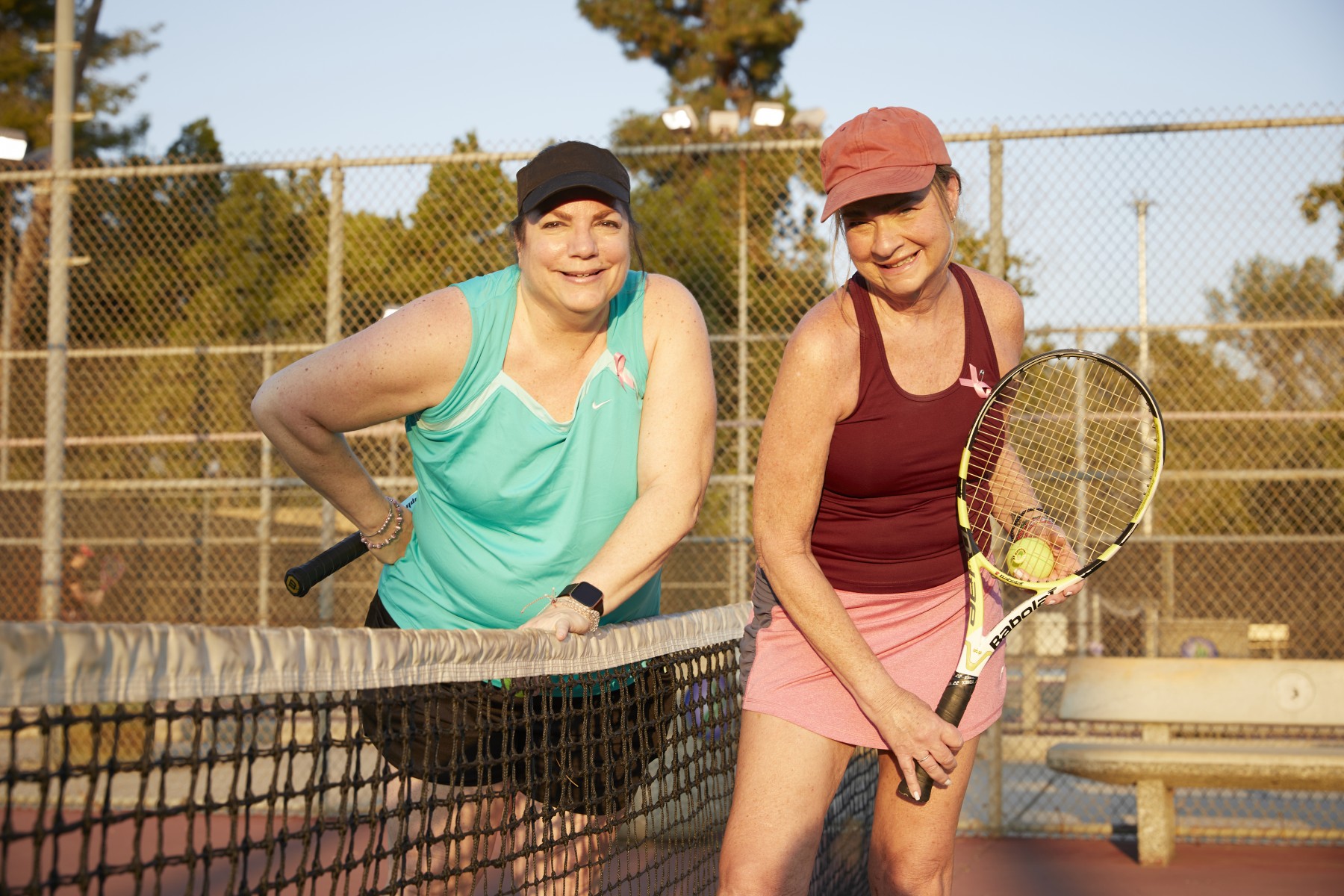 Cris Tortolano calls Felice Densa her “angel” and their unexpected tennis matchup one June day last year “kismet.” While tennis brought the two together that day, what followed afterward bound them in friendship as few other life events can.

Prior to that summer day, Tortolano and Densa were acquaintances through a tennis group in the San Fernando Valley. Densa, now 65, typically does not attend Saturday tennis classes during the summer because her job as general manager of the Will Rogers Polo Club in Pacific Palisades requires that she work weekends.

“I didn’t expect to see Felice that Saturday, but there she was,” Tortolano, 55, recalled. “None of what I experienced afterward would have happened without her. She’s the key to my cancer story.”

That story, which resonates especially during October, Breast Cancer Awareness Month, began as many breast cancer stories do: Tortolano detected a lump in her left breast while taking a shower. A diagnostic mammogram and ultrasound revealed two lumps in her left breast. Biopsies followed.

Tortolano, who works for the cinema advertising company Screenvision Media, told no one about the biopsies or her anxiety while she awaited results. She didn’t want to worry her then-87-year-old mother, with whom she lives.

“I felt adamant about staying quiet about my cancer,” Tortolano recalled. “But a month had passed since I discovered those lumps, I was awaiting biopsy results, and that Saturday I knew I had to talk to someone. Felice was there and I took a chance.”

Tortolano and Densa walked together to their cars following their tennis session and Tortolano asked if she could share what she was going through. Densa had told the group months earlier about her breast cancer surgery and treatments, so Tortolano felt that Densa might be empathetic.

“We chatted for 20 minutes. I told her about my biopsies, and she hugged me,” Tortolano recalled. “She told me, ‘Anything you need, I’m here for you.’ And was she ever. I knew nothing about what to do or where to go. After that conversation, I was launched. She’s been the main person there for me ever since.” 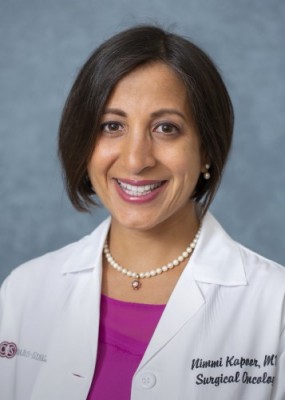 oncologist. Tortolano did, to her great relief, she says. The Tarzana facility offers comprehensive breast cancer services, from imaging to treatments, in the one location.

“Felice drove me home after my surgery,” Tortolano said. “She told me what to expect from radiation – which skin creams were best and where to order them. We went together to restorative yoga classes facilitated by Magnolia House Patient Support and held at the Cedars-Sinai-Tarzana facility, and in February I participated in an improv class for breast cancer patients.”

With Densa’s encouragement, Tortolano told her mother and brother about her diagnosis; they were shocked that she had kept that news to herself, but were very supportive, she said.

“On Oct.10, 2019, the day of my final radiation treatment, I came out about my cancer on Facebook,” Tortolano added. “It was Breast Cancer Awareness Month, perfect timing to let people know what I had been dealing with the past few months. The support from my friends and family was overwhelming.”

“Women tend to be workaholics and they support everyone else – their children, spouses, work obligations,” Kapoor said. “Women also don’t always ask for help. We view ourselves as the helpers. Cris and Felice’s friendship is unique and came at the right time for them both.”

Densa says that she “did what anyone would do. By sharing what I went through, I figured it might help somebody someday, and I was right.” It also helped foster a deep camaraderie. The pair checks in with each other via texts and phone and, of course, on the tennis court.

“On the anniversary of her surgery, Cris brought me flowers – imagine that!” Densa said. “And we’ve both made a point to pay it forward by helping others who have gotten cancer diagnoses.” Densa has provided breast cancer information to the sister of her tennis group leader and helped raise funds for a cancer charity. Tortolano recently supported her friend’s landlord who was diagnosed with breast cancer.

“When you get the diagnosis, you’re upset and can’t always hear everything the doctor is saying. You need another person to listen,” Densa said. “By helping Cris, I feel like I did nothing out of the ordinary. I was just one human being helping another.”

Investigators from Cedars-Sinai Cancer have identified an investigational therapeutic approach that could be effective against treatment-resistant prostate cancer. Results of their Phase II clinical …
Read more
Share this release (opens in dialog)

Jeannie Shen, MD, a fellowship-trained breast surgeon who is board-certified in general surgery, has been appointed medical director of the Breast Program at Huntington Cancer Center, an affiliate of …
Read more
Share this release (opens in dialog)