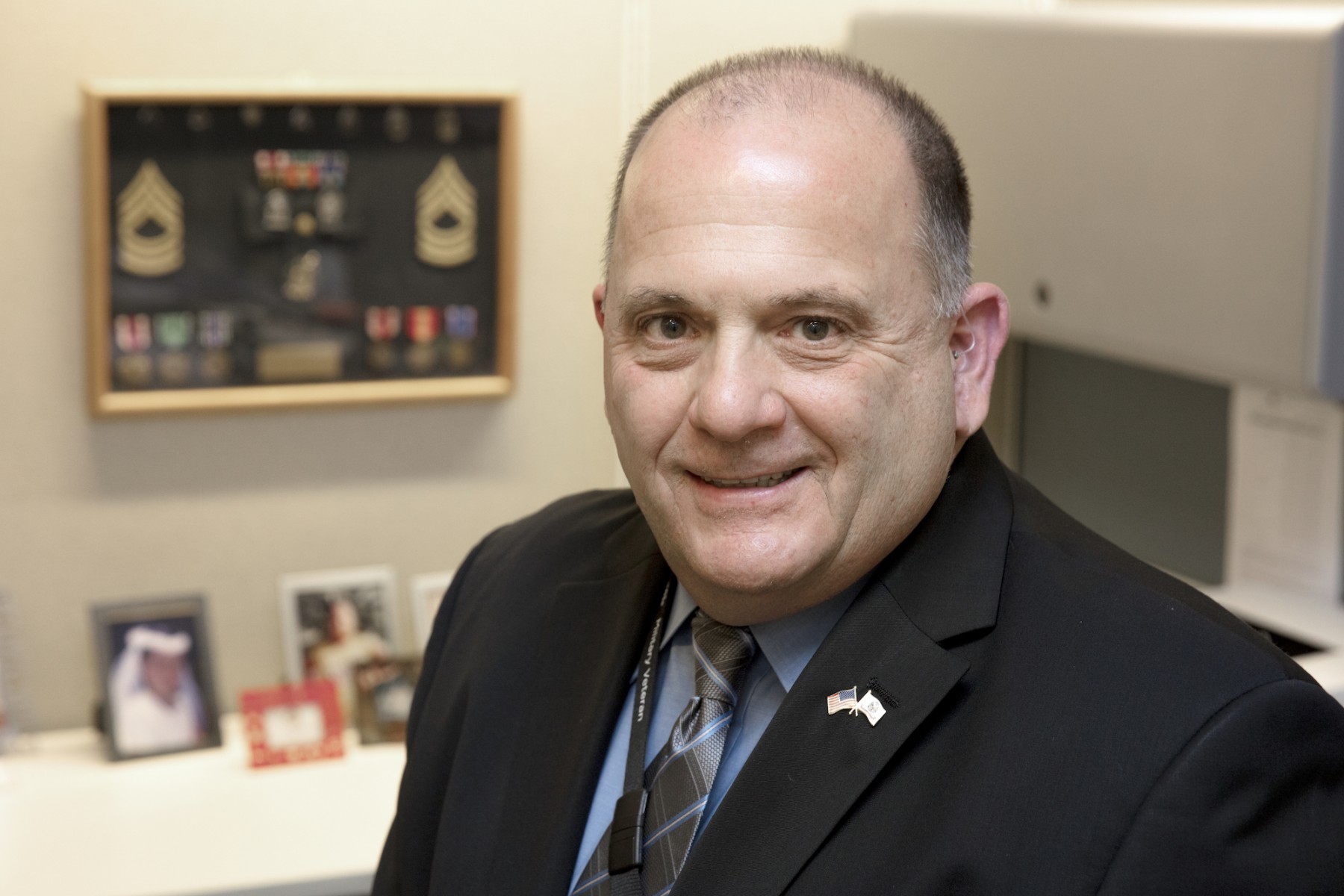 As a combat engineer in the Army, Stephen Bettini helped train soldiers to navigate and overcome obstacles. To fulfill an important objective sometimes meant building bridges. Other times, it meant removing them.

Now, Bettini is building bridges of a different kind: Earlier this year, he was hired as Cedars-Sinai's first full-time military veteran recruiter, a new position to help veterans establish and maintain careers in the health system.

Bettini is trumpeting the message that Cedars-Sinai is veteran friendly — whether that means recruiting candidates at job fairs, assisting spouses in gaining employment or keeping veterans informed about state and federal benefits. Cedars-Sinai already employs approximately 265 veterans and has made hiring more former service members a priority.

"I'm excited to help bring in more veterans who are wonderfully talented men and women," Bettini said. "They have a great set of skills we want to tap, and they are focused on mission. That's who we need here."

Bettini said veterans not only possess the knowledge and experience to perform specific jobs, but they also have an abundance of what employers refer to as "soft skills" — personal traits that enable them to excel in the workplace.

"Their soft skills are just off the scale," Bettini said. "They are trained to work within diverse teams, to deal with adversity and to lead. They are very dedicated. Basically, they have everything the military instills in its people."

Creating and filling Bettini's position was a top agenda item for Andy Ortiz, senior vice president of Human Resources and Organization Development. Ortiz, who joined Cedars-Sinai last year, grew up in a household that had the highest respect for veterans. His father served in the Vietnam War.

"We have to have the best, most capable people to deliver on our mission as an organization, and from my perspective, vets fit that bill," Ortiz said. "Hiring them is good to do for the community, and it is part of our talent strategy. It's the right thing to do."

Hiring Bettini is the latest effort by Cedars-Sinai to support veterans and their spouses. In October, the organization was accepted into the Military Spouse Employment Partnership Program, a Department of Defense initiative that helps spouses of active duty military members land jobs in the private sector by pairing the military with leading businesses, including Amazon, Comcast, Southwest Airlines and Hyatt Hotels. In February, Cedars-Sinai was recognized by the Department of Defense for supporting employees in the National Guard and Reserve.

Once on the job, Bettini quickly found that Cedars-Sinai enjoys strong name recognition and a stellar reputation. But as with other large Southern California employers, some prospective employees weren't sure they wanted to deal with the region's high cost of living and congested roadways.

"Commute times can be a barrier," Bettini said. "But people also know we are among the best at what we do, and they want to be part of that."

This is not the first time Bettini has acted as a recruiter. He served as a nurse recruiter for Kaiser Permanente, and he worked as a recruiter toward the end of his Army hitch in several places, including Reseda and Glendale.

Attitudes about veterans have changed dramatically since 1975, when Bettini enlisted in the Army. With the national trauma of the Vietnam War still fresh, Bettini remembers going to a bar and being insulted because he was in uniform.

"The anti-military sentiment was pretty strong back then," he said.

The military was not Bettini's original career plan. He wanted to be a baseball player and had a scholarship to play at the collegiate level, but a car accident left him with an injured leg. He lost his scholarship and eventually joined the Army.

Bettini was stationed in Germany before the Berlin Wall was torn down. At the time, tourists from the west could take short trips into East Berlin. His brief look behind the Iron Curtain with its onerous state controls and flagging economy gave him a new appreciation for the sacrifices made to keep Western Europe free.

"It really made me feel proud of what the soldiers before had done and what I was doing there," he said.

He has a similar feeling about working at Cedars-Sinai.

"I love being here," Bettini said. "I want every organization to know Cedars-Sinai is here and that we are serious about hiring veterans."