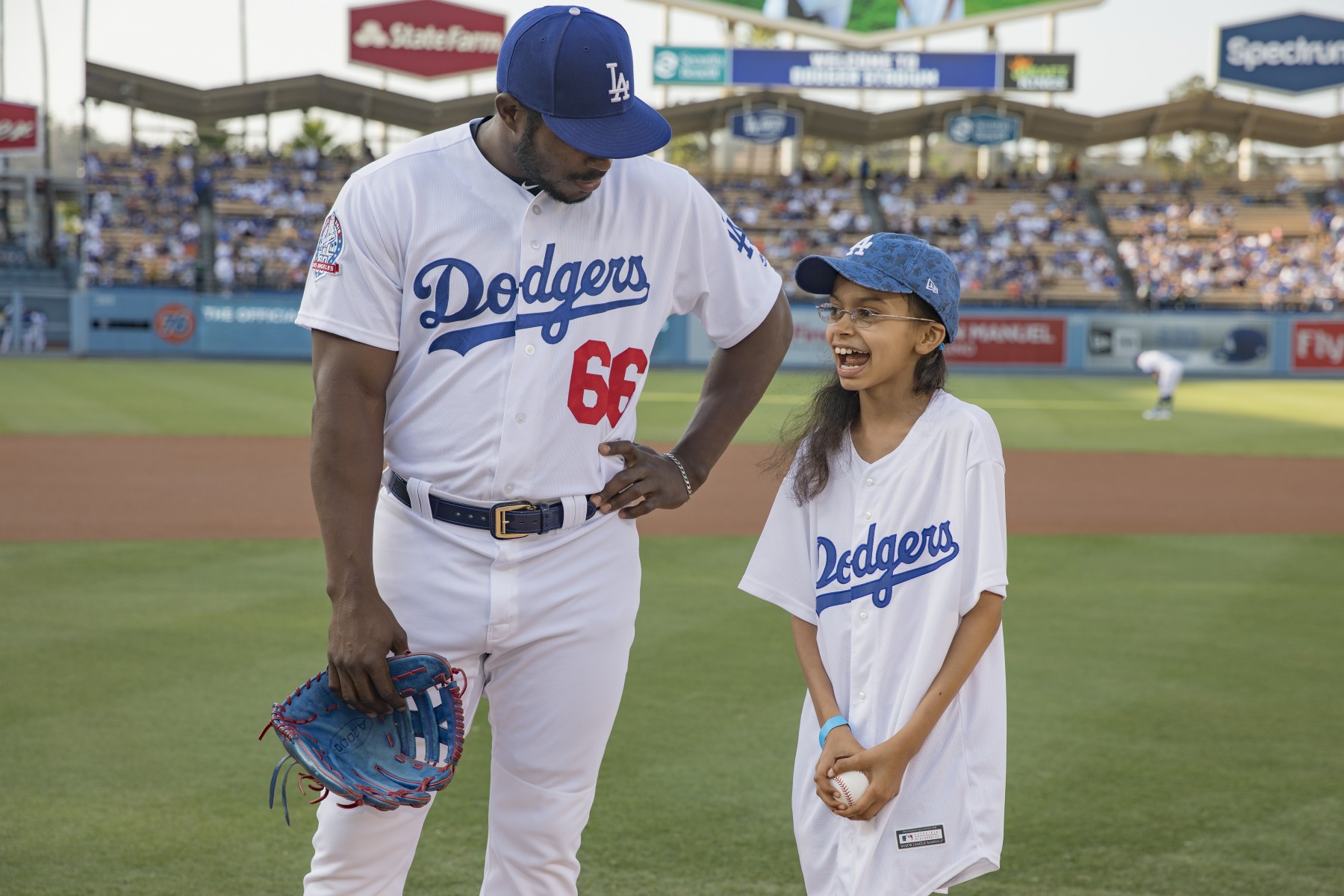 Tytan Jones, a cancer patient, was spending his 12th birthday in the hospital when Taylor and Farmer visited in May. The players made it a special day for him by singing Happy Birthday. “I was surprised, I wasn’t expecting that,” said Jones. “If I play baseball again, I want people like them to be my coaches.”

Chris Taylor said coming to the hospital puts everything in perspective. “Coming here, meeting these kids, there is so much more to life than just baseball.”

Cedars-Sinai patients also had a chance to interact with players on the field at Dodgers stadium.

In July, nine-year-old cancer patient Alika Mallett had a dream come true when she threw out the honorary first-pitch at the Stadium. Alika has been battling brain cancer for most of her life and has undergone several surgeries and rounds of cancer treatments. Her parents say that despite it all, Alika keeps on smiling. She was joined at the stadium by her parents and three siblings.

At the stadium, the Dodgers celebrated Little Dodger Fan Day, and Cedars-Sinai distributed bandages -- called Fandages because they were decorated with the Dodgers' logo -- to the first 5,000 children to enter the stadium.

For Mother’s Day, the Dodgers honored mom Kathryn Garcia Castro with an honorary first-pitch. Garcia Castro delivered her twins at Cedars-Sinai. The babies were born three months early and were in the Neonatal Intensive Care Unit for nearly 100 days. Today the children are thriving three-year-olds and mom is a volunteer with the Cedars-Sinai Parent-Family Care Centered Council.