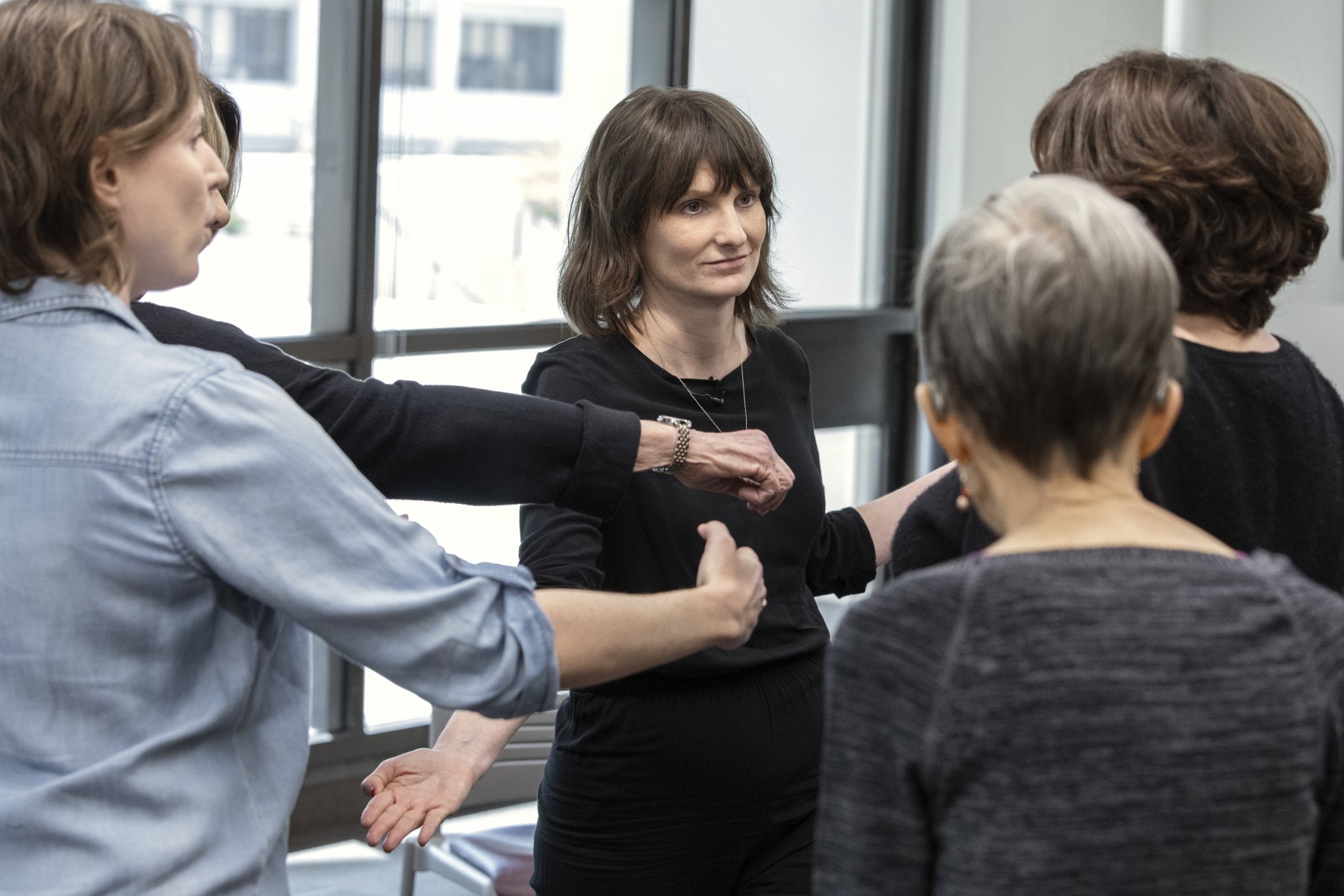 Improvisation—or improv for short—is the art of acting out a skit without preparation or a script. During each class, breast cancer survivors serve as actors and are given brief descriptions of the story they should improvise, and each actor makes it up as they go along.

The class is led by comedian Shelly Gossman, a seasoned improv vet who was a leading member of Second City in Chicago, one of the nation's premier improv comedy troupes. She also has writing credits at Saturday Night Live and A.P. Bio, among others. Grossman suggested starting the class to Asher after she faced cancer herself—twice.

For participants, the ideal timing to participate in the class is once their initial treatment course has ended and their disease is stable or in remission.

“We’ve learned that when someone goes through breast cancer, including chemotherapy, radiation and surgery, for many people, the distress actually starts when you are done,” Asher told CBS 2 Los Angeles.

As Asher explains, the distress comes post-treatment because patients are suddenly without a schedule of appointments and no longer seeing the doctors, nurses and care teams upon which they have come to rely.

“It may seem counterintuitive, but that’s when a lot of the distress begins,” said Asher. “And that’s the space where we really wanted to think outside of the box and find a way to support patients.”

Read more on the Cedars-Sinai blog: Dressing Up for Chemo

Study Sheds Light on How Cancer Spreads in Blood

A new study sheds light on proteins in particles called extracellular vesicles, which are released by tumor cells into the bloodstream and promote the spread of cancer. The findings suggest how a blood test involving these vesicles might be used to …
Read more from this release

The team tasked with designing the new Samuel Oschin Cancer Center at Cedars-Sinai had one overarching goal: creating a safe, soothing patient environment. Today, as the doors to the center swing open for the first time, patients will see that goal …
Read more from this release

Consult your physician if you experiernce any of these symptoms: Unexplained weight loss, sores that don't heal, shortness of breath, coughing up blood, pain or burning while urinating, a breast lump or a bloody stool.
Read more from this release