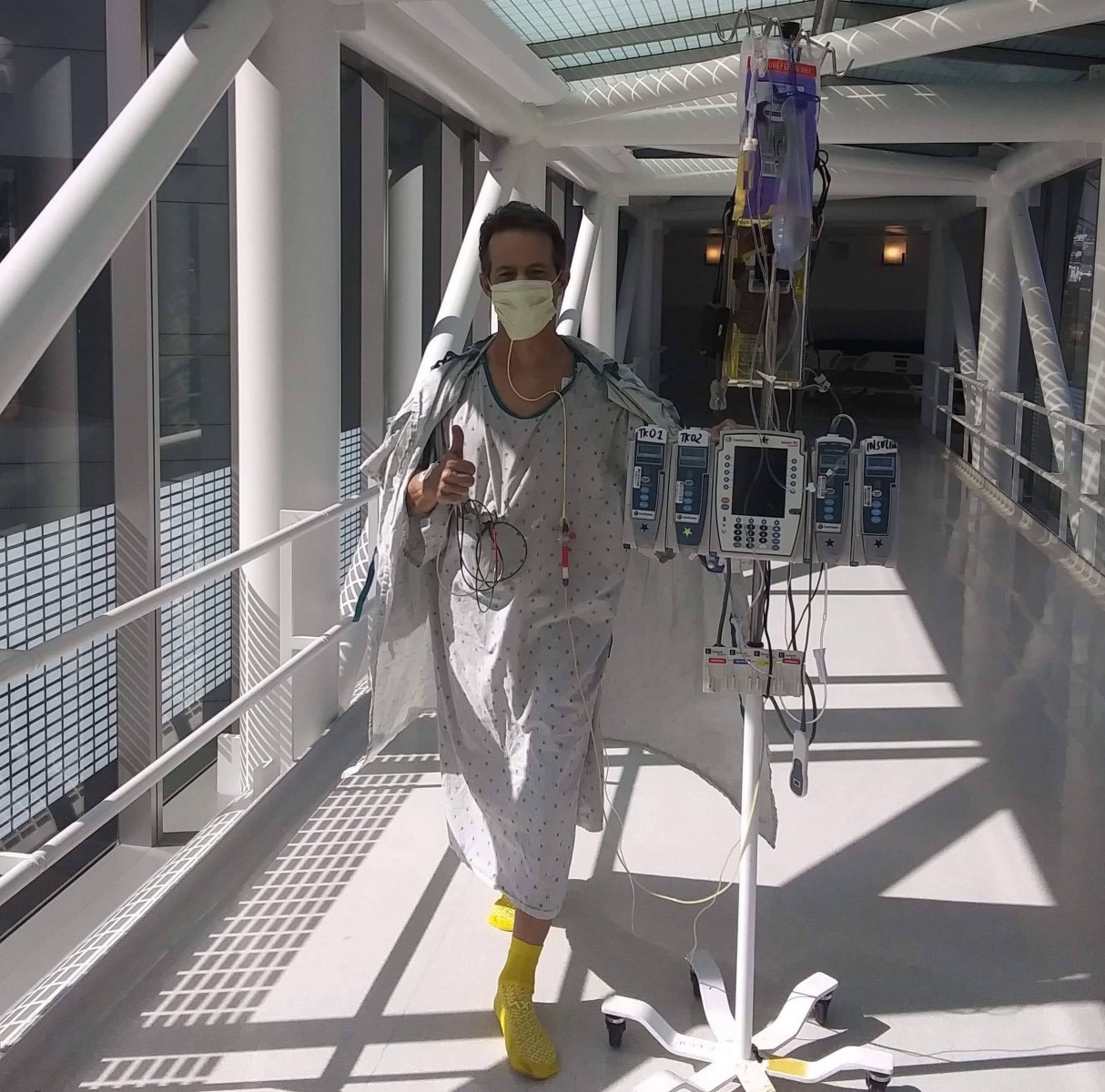 Coburn, 57, an avid motorcycle rider, was diagnosed in March 2020 with pulmonary fibrosis, a condition that causes scarring in the lungs. Catarino and the team at the Cedars-Sinai Women’s Guild Lung Institute determined that Coburn needed a double-lung transplant. The complex procedure usually involves breaking the patient's breast bone, making an armpit-to-armpit incision and connecting the patient to a heart-lung machine.

Coburn, who had feared a motorcycle ride last fall would be his last, was grateful to be placed on the transplant list in March 2021 after extensive testing. But he worried about his post-op appearance. "I was concerned about the scar," Coburn told CBS Los Angeles. "I ride shirtless often."

When a pair of lungs became available just five days later, Catarino performed the transplant using a minimally invasive technique developed in Germany. "We can do it now through a really quite small incision with special instruments which are designed for minimally invasive surgery," Catarino told CBS Los Angeles. "We call it a credit card-size incision."

Almost two months post-surgery, Coburn, who had been on oxygen since his diagnosis, was already planning his next ride. "I can live, I can breathe," he told CBS Los Angeles. "I just consider myself highly lucky, highly fortunate."