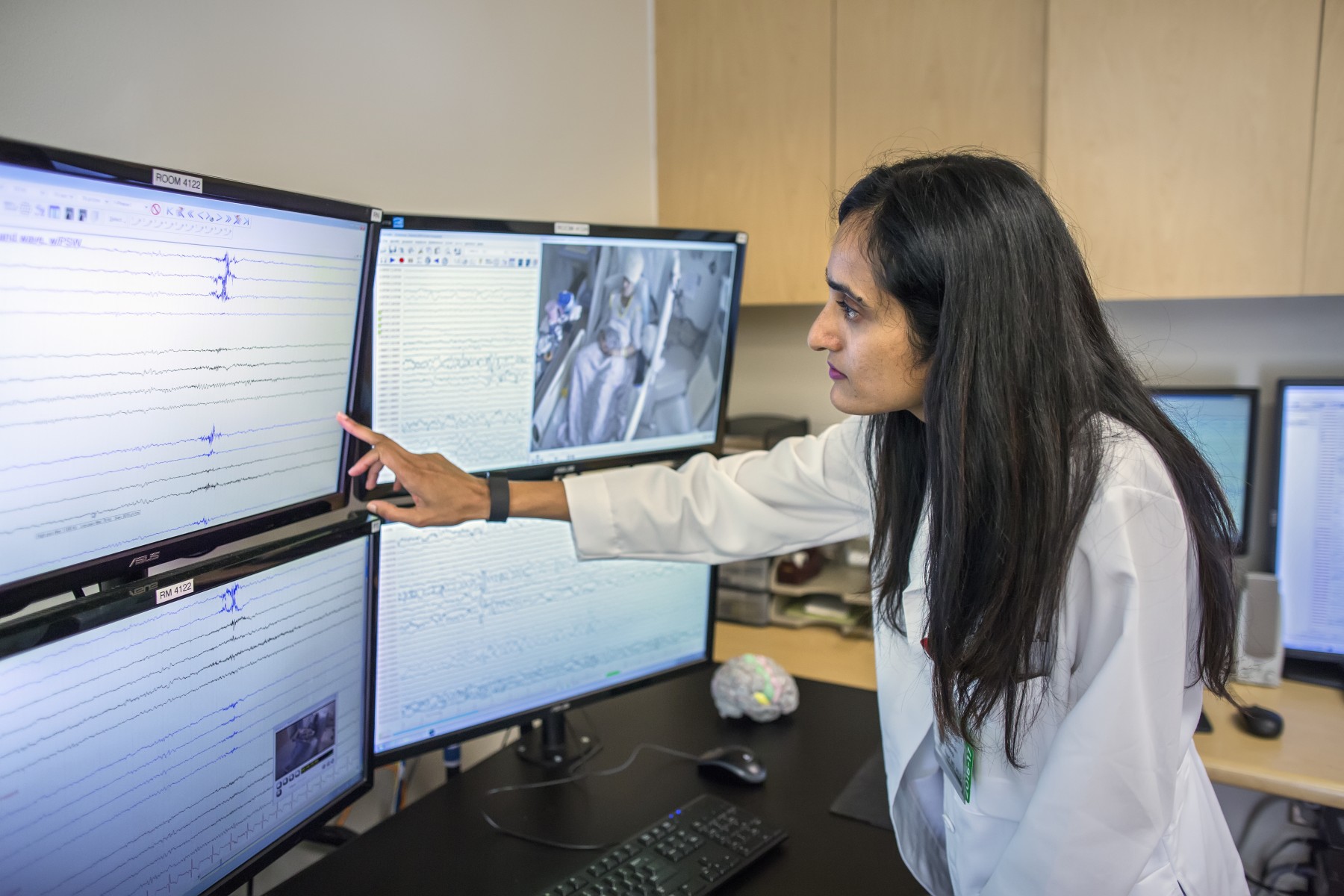 CBS 2/KCAL 9 Health Watch recently interviewed Chrystal Reed, MD, PhD, associate professor of Neurology at Cedara-Sinai and Ueli Rutishauser, PhD, the Cedars-Sinai Board of Governors Chair in Neurosciences, about their landmark brain study that identifies how memories are made and how people lose them.

One of the patients involved in the study is Margaret Terrell, who suffers from a severe form of epilepsy that causes debilitating seizures. As detailed by CBS 2/KCAL 9 Terrell has electrodes implanted in her brain, with wires connected to computers. She also has cameras in her room.

The goal: collect as much data as possible from the inside and out.

“The more you capture, the more you understand,” Reed, who is helping Terrell manage her seizures, told CBS 2/KCAL 9.

Rutishauser is studying another set of data from those same set of electrodes. He is studying how the human brain makes memories. “The electrodes in her brain give us an opportunity to better understand how memory works,” said Rutishauser.

And as the CBS 2/KCAL 9 report explains, doctors have discovered that each of our memories occupies its own set of cells in our brains. The monitors connected to Terrell tell doctors which neurons are firing and what triggers them.

“The relationship between memories and neurons is that eventually, all of your memories reside in your neurons,” said Rutishauser. “We want to find out how that works.”

While Rutishauser gathers his data in order to one day untangle memory disorders, he’s already made one discovery in Terrell that involves Reed. One neuron in Terrell only fires when she seems an image of doctor Reed. Doctors have since named it the “Chrystal Reed Neuron.”

“I think it just shows the bond between a physician and patient,” said Reed.

Click here to watch the complete report from from CBS 2/KCAL 9.

Read more on the Cedars-Sinai Blog: When Should I Be Concerned About Memory Loss?