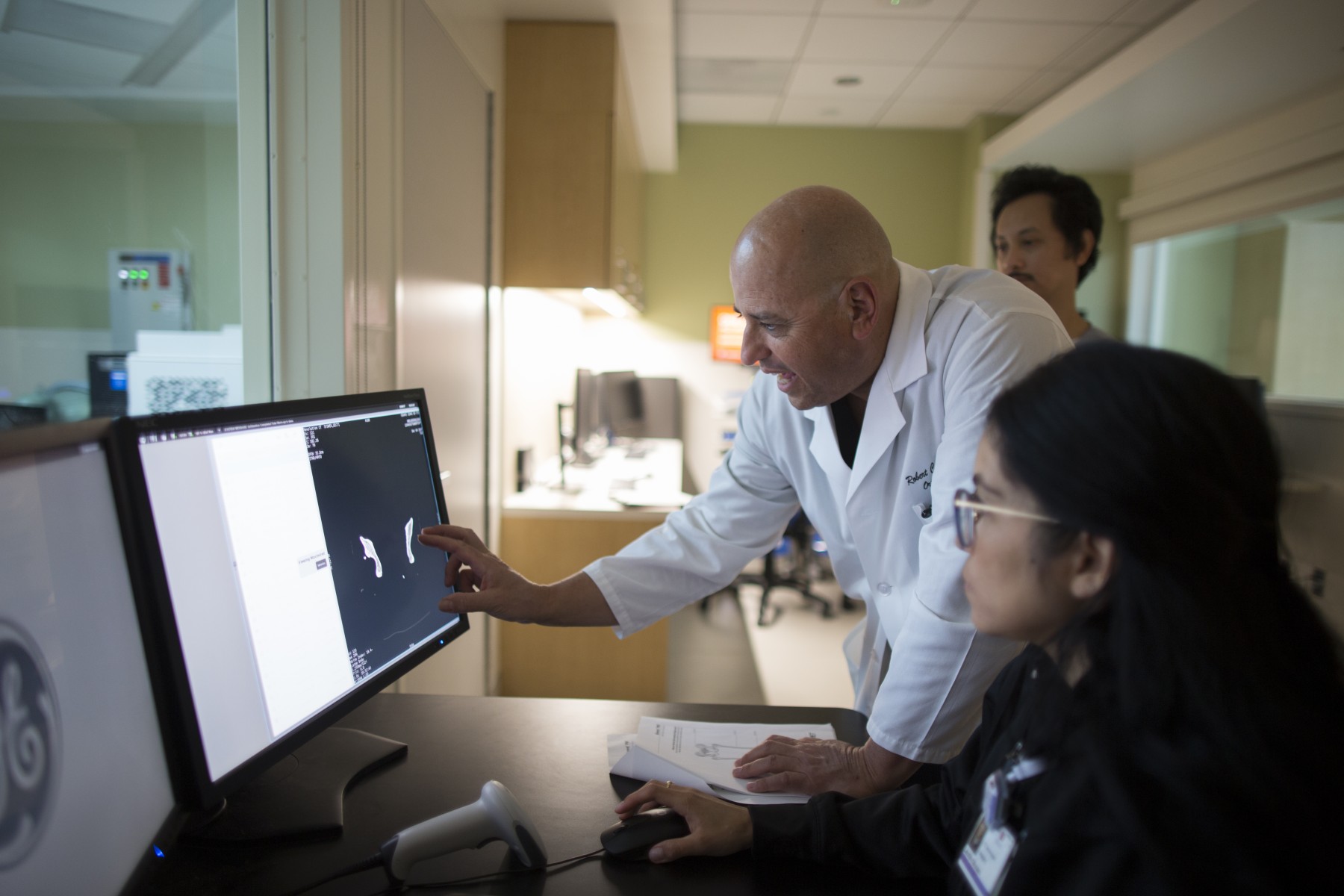 In a front-page story in the Beverly Press, reporter Luke Harold explored the journey undertaken by Cedars-Sinai orthopaedic surgeon Robert Klapper, MD, to study the joints and bones of the long extinct saber-toothed cat.

Klapper went to unusual lengths to study the cat’s ancient bones, he told Harold. During his first visit to the La Brea Tar Pits and Museum 20 years ago, Klapper viewed the saber-toothed cat bones on display and wondered why none of the bones showed fractures or abnormalities. He then convinced a security guard to introduce him to a museum official. That led to Klapper securing the museum’s permission for Klapper to use modern medical technology to analyze the bones.

“The most modern technology allowed these bones to speak to us and they had a lot to say,” Klapper said.

Klapper’s work has helped shed light on how the saber-toothed cats lived when they roamed Los Angeles 10,000 years ago. Working with paleontologists at the La Brea Tar Pits and Museum, Klapper used Cedars-Sinai’s most advanced CT scan machines to study the pelvis and femur of one cat who scientist believed had died of infection.

The bones revealed the giant cat had been born with hip dysplasia, an abnormal development of the hip joint. That finding, and the fact that this particular cat lived into adulthood revealed a great deal to paleontologists. It told them the animal had been limping since birth and only survived because it lived and hunted with a pack.

Klapper will be using the information gathered at La Brea Tar Pits to help his two-legged patients. He plans to use the CT scan to help guide him as he builds a prosthesis that could help larger patients. More research is being done on the ancient bones of animals that likely once roamed the grounds that now house the La Brea Tar Pits as well as Cedars-Sinai.