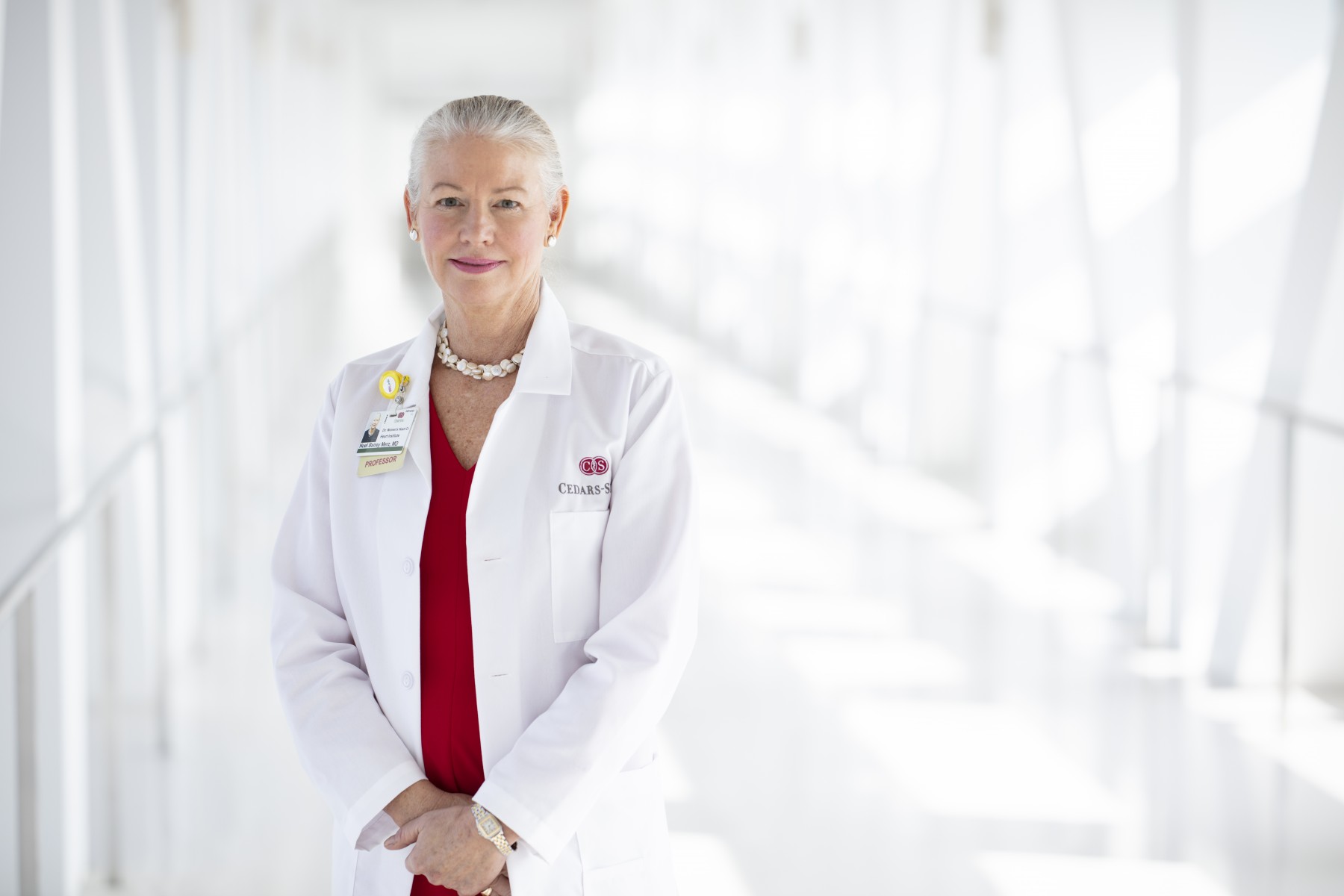 The BBC radio program More or Less recently interviewed Noel Bairey Merz, MD, director of the Barbra Streisand Women’s Heart Center in the Smidt Heart Institute at Cedars-Sinai, on the difference between men and women when it comes to heart attacks.

“These are pre-menopausal women where we historically thought they would be protected and shouldn’t be having heart disease, but in fact they do,” said Bairey Merz. “And in the United States, that is the one subgroup where heart attack rates and cardiovascular death rates are not falling but remain stagnant.”

In fact, Bairey Merz told the BBC, some research studies report an uptick in death rates among women younger than 50.

And it’s a statistic that isn’t unique to the United States. According to the BBC, there is a similar trend across numerous other countries, including Europe and Australia.

Bairey Merz also told the BBC that research studies also suggest that in hospitals, women are being less aggressively treated for heart attacks and subsequently, dying from them more often.

“Women’s heart attack symptoms tend not to be chest pain, which is what we’re taught to look for in medical school, and blood enzymes leaked that are a sign of heart muscle damage use a male standard reference,” Bairey Merz told the BBC.

That’s a problem since women’s hearts tend to be smaller and therefore, don’t produce the enzyme in the quantity that men do, Bairey Merz said, adding that as many as one in five heart attacks can be missed in women using this male-standard reference test.

Click here to listen to the complete BBC interview.