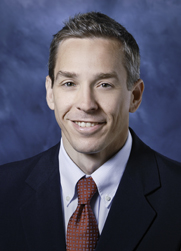 Baloh, one of the top doctors and research scientists treating and studying amyotrophic lateral sclerosis (also known as Lou Gehrig’s disease), has published groundbreaking discoveries in genetics and molecular biology and is the principal investigator of five projects examining the molecular and cellular basis of ALS and other neuromuscular disorders.

He joined Cedars-Sinai in early 2012 to create one of the most comprehensive ALS treatment and research teams in California, joining Clive Svendsen, PhD, director of the Regenerative Medicine Institute, and Patrick D. Lyden, MD, chair of the Department of Neurology and the Carmen and Louis Warschaw Chair in Neurology.

“I am very honored that the ALS Association chose to recognize our efforts toward developing a cure for ALS. I especially want to acknowledge our patients where ALS runs in their family, whose willingness to work closely with us has been key to our success,” Baloh said.

Svendsen said, “We are very proud that Dr. Baloh received this recognition from the ALS Association. He is an outstanding scientist and clinician devoted to solving the mysteries of ALS.”

Baloh’s research group was one of the first to discover that mutations in the TDP-43 gene cause inherited forms of ALS and frontotemporal lobar degeneration, a type of dementia that can accompany ALS. He also led studies that in 2009 produced the first mouse model of ALS based on the TDP-43 gene. The first new ALS mouse model in 14 years, it is employed by researchers worldwide to study the disease.

Baloh earned his PhD and MD degrees at Washington University School of Medicine in St. Louis and is board certified in both neurology and neuromuscular medicine. Two of his current research projects are funded by the National Institutes of Health/National Institute of Neurological Disorders and Stroke and others are supported by grants from the Muscular Dystrophy Association and Burroughs Wellcome Foundation.

Even as Baloh and his colleagues seek cures, they work to improve their patients’ quality of life. Cedars-Sinai’s multidisciplinary ALS clinic recently became the first West Coast site – and one of only three nationwide – providing an implanted breathing-assist device for ALS patients suffering chronic hypoventilation, the inability to take enough air into the lungs. The device can be used in a hospital, at a rehabilitation center or at home, and unlike an external ventilator, the system is silent.

The ALS Association Golden West Chapter serves 31 counties throughout California. The association estimates there are 30,000 Americans living with the disease. Average age at diagnosis is 55, and 5,600 new cases are diagnosed each year. ALS strikes randomly 90 to 95 percent of the time, with only 5 to 10 percent of cases having a familial connection.

Coronavirus: Fact vs Fiction
WEHOville.com: Cedars-Sinai Medical Center Ranks in the Top 50 U.S. Hospitals
Cedars-Sinai Again Earns Five-Star Rating From Federal Agency
CBS2/KCAL9: Free Vaccinations Offered In Nickerson Gardens
Landmark Smidt Heart Institute Study Is Replicated in the South
Self: Why You Get Exercise Headaches When You Work Out