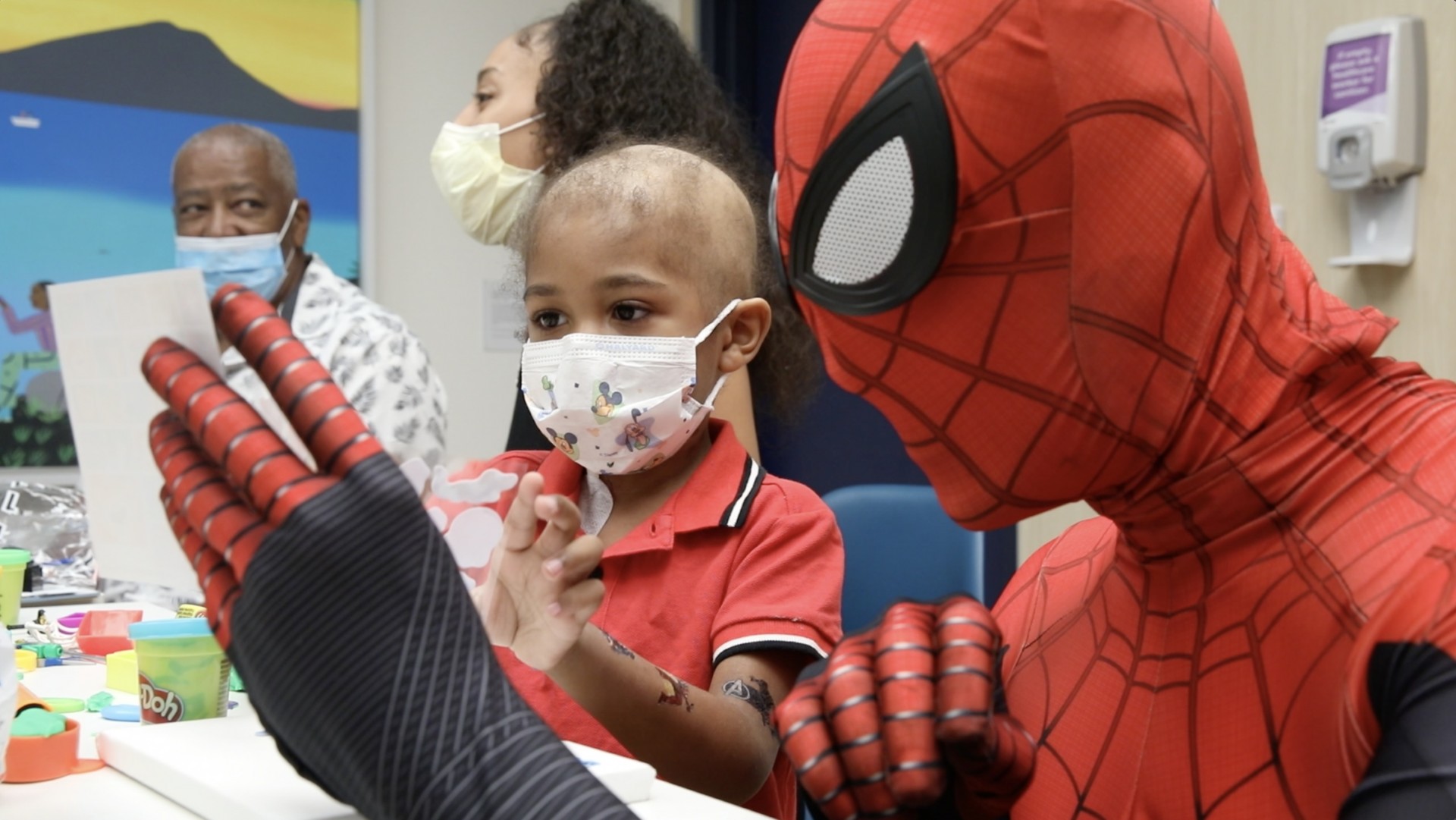 The Lifedriven Foundation helped throw Henley a surprise party in the Guerin Children's playroom, where he was greeted by an actor dressed as his favorite character, Spider-Man. Henley, who is being treated for leukemia, was shy at first but quickly warmed up. The scene touched his mother, Cedulla BochMartinez.

"It brought automatic tears to my face," BochMartinez told ABC 7. "We don't have anybody, so that felt really good and warming to have others out there caring and thinking about my child like that."

Spider-Man brought Henley superhero action figures that they played with together. Henley’s broad smile was visible even through his hospital face mask.

The 26-bed facility where Henley was staying opened to patients in early August. It’s part of Guerin Children's, which operates across Cedars-Sinai's system of hospitals and affiliates to deliver a seamless continuum of care for hospitalized patients as well as outpatients and from newborns to adolescents.

The enterprise is staffed by a network of clinical experts offering care in pediatric specialties including cancer, cardiology, gastroenterology, metabolic disorders, obstetrics, orthopaedics, pulmonology, rheumatology, and the neurosciences.

The new facility was designed with the comfort of children and their families in mind. It includes game rooms, a movie room, interactive screens, an outdoor garden, a lounge room, and colorful artwork lining the hallways to make children happier. The patient rooms are large and equipped with pullout sofa beds so parents can comfortably spend the night by their children’s side.

Click here to watch the complete segment from ABC 7.