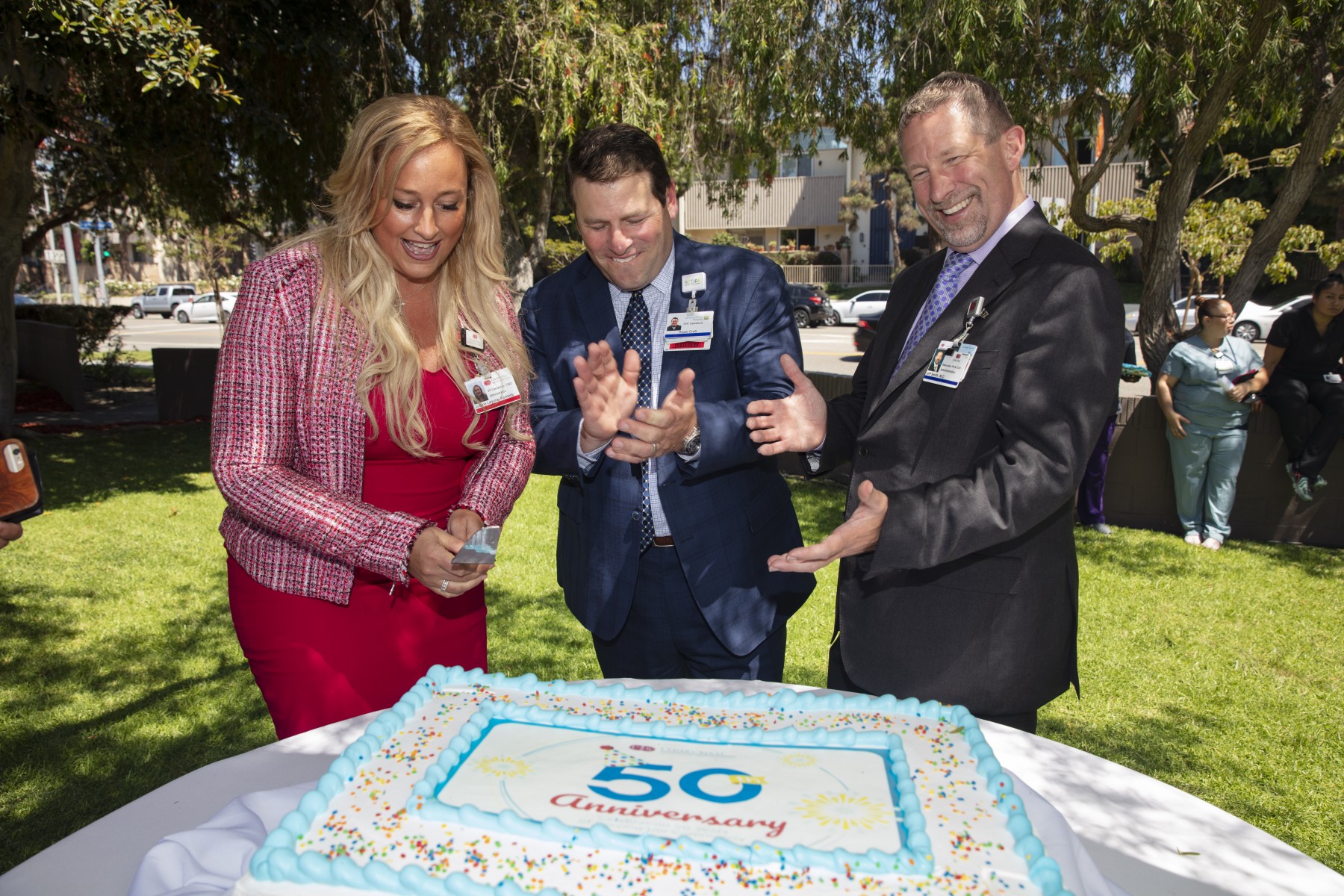 Cedars-Sinai Marina del Rey Hospital marked its 50th anniversary in 2019 by offering a glimpse of the future. Executives unveiled plans for a brand-new hospital that will break ground in 2020.

"We're making major investments in our resources and our people, so that when patients need the highest-quality specialty care, they won't have to leave our community to get it," said Joanne Laguna-Kennedy, MSN, RN, vice president of Hospital Operations and chief nursing officer at Cedars-Sinai Marina del Rey Hospital. "They'll find it right here, at the hospital they've come to know and trust all these years."

The current facility will remain open and fully operational during construction, which is expected to be completed in 2025. The new nine-story hospital will feature state-of-the-art operating rooms, an expanded Emergency Department, enhanced diagnostic and treatment facilities including catheterization and gastroenterology labs, as well as interventional procedure suites for complex cases.

News of the rebuild was one of the highlights from Marina del Rey Hospital's golden anniversary year. Other accomplishments include:

For many high school football athletes who play on teams in underserved communities, access to athletic trainers or a licensed physician is a rarity but Cedars-Sinai Kerlan-Jobe Institute Surgeon and Team HEAL (Helping Enrich Athletes' Lives) …
Read more

Cedars-Sinai Honored for Legacy of Philanthropy